To celebrate the 10th anniversary of La Vie en Bleu at Prescott on the weekend of May 28/29th 2016, The Bugatti Trust is welcoming Stefan Marjoram as its first ever artist in residence with an exhibition and hands-on workshops to ‘Draw your own Bugatti’. Stefan has just had his inaugural exhibition a few weeks ago at the Bicester Heritage Sunday Scramble. In the spirit of the Bugatti legacy where art and engineering cohabit in perfect harmony and where all the most treasured survivors of the make started with a simple pencil sketch by Ettore Bugatti himself, it is only fitting that the Bugatti Trust celebrates art and automotive design in its purest form. 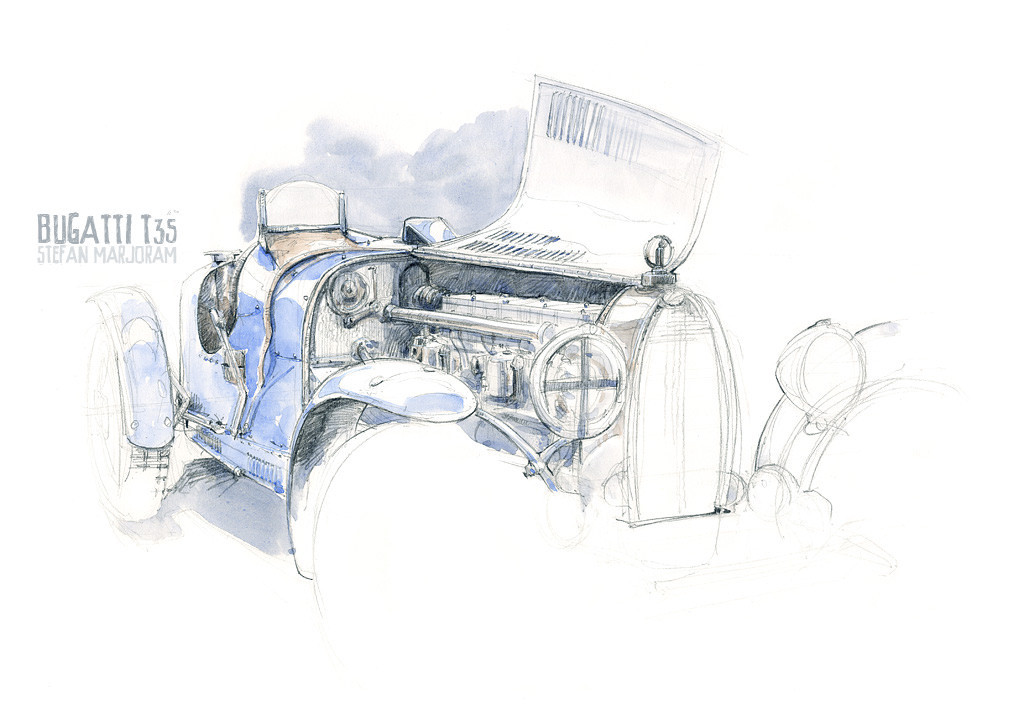 Stefan Marjoram combines a successful career as creative director working with renowned studios such as Aardman Animation (‘Wallace & Gromit’, ‘Shaun the sheep’…) with a love for cars, motorsport and car design having passionately sketched and photographed arresting images of some of our most celebrated historic cars over the last few years. He is also the official photographer and film maker documenting the Bloodhound SSC Land Speed Record project. 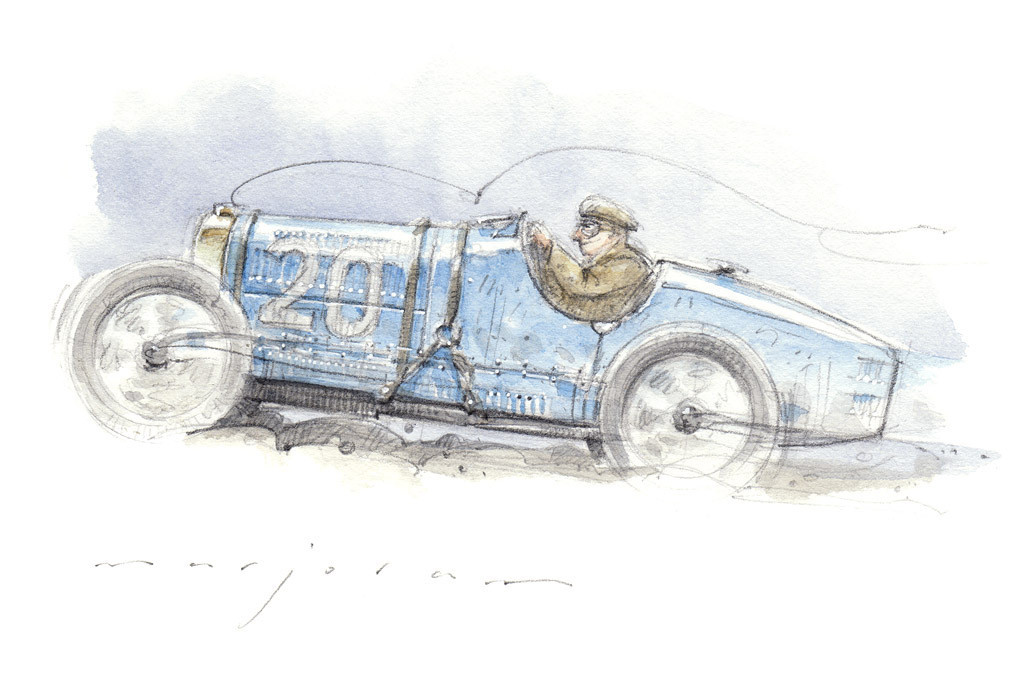 Stefan will run a number of drawing workshops over the two days of La Vie and you will learn how to draw your own Bugatti whether you are 7 or 77 years old! There will also be an opportunity to see a selection of Stefan’s work and we are particularly excited to be showing his limited edition series of prints of his 5th series of Advent sketches. Stefan challenges himself to draw a car each day during the 24 days build up to Christmas and has for the first time produced a limited edition of prints of each one of the 24 sketches. There will be Bugattis (of course) but also GNs, Darracqs, De Dion Boutons, the Fiat S76 Beast of Turin which has just confirmed its attendance for La Vie en Bleu and many other favourites.