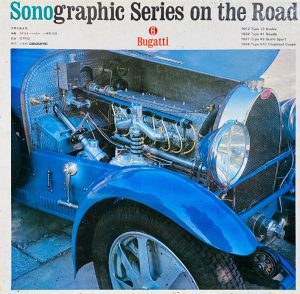 The ‘Sonographic Series on the Road’ Number 6, Bugatti, was produced by CAR GRAPHIC in 1977, Japan. Presented as a slip cased illustrated book and a 33 1/3 rpm 12 inch record with recordings of Bugatti Types 13, 41, 43 and 57C models. Barker commentates on the record and the text of book is in Japanese with glorious colour. 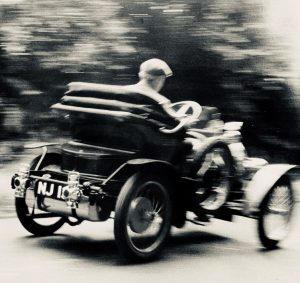 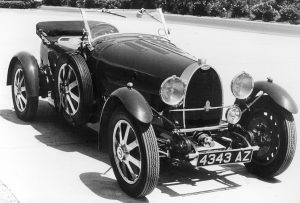 With a 2.3L. engine and a 4-seater body, this car chassis No.43208 was manufactured in 1927, the first owner being Louis Chiron the well-known racing driver. Later it was in Bangkok from where it was imported in pieces in 1959. It was rebuilt largely to its original specification and is now in Germany.

With a supercharged engine producing approx. 120 bhp taken from the Type 35B Grand Prix car, this was among the first 100 mph sports car sold to the public. 160 were made between 1927-31. 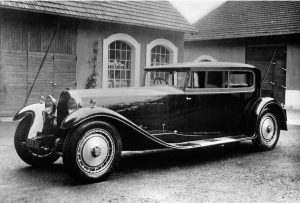 Produced between 1929-32 with a 12.76L., 8-cylinder engine producing 275-300 bhp. This was by far the largest car engine of the period, the largest Rolls Royce engine being only 7.7L. Six Royales were made, although there were 11 different bodies, this particular one having a body by Kellner, Paris. Manufactured in 1932, the fifth Royale was not sold until after WW2 when the American Briggs Cunningham had it in his museum in California. It is now in Japan.

The other 5 cars are in the USA and France. The Royale engine was subsequently used in the Bugatti railcars between 1932-39 which were among the first streamlined trains. 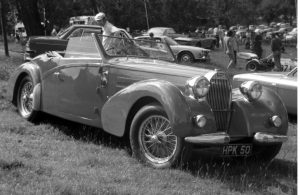 Chassis No. 57708 with engine No.43C left the factory in April 1938 as a chassis only, being sent to Gangloff for the addition of a ‘Stelvio’ body and sold to Lt. Glen Kidston RN.

The engine of 3,257cc was supercharged producing 160bhp. Some 670 Type 57 cars were produced between 1934-39 in many forms, sports cars and saloons, including the Atlantic cars. The same engine powered the 5 or 6 Type 59 Grand Prix cars.

This photograph was taken at Prescott in 1973. The car is still in the Kidston family ownership.