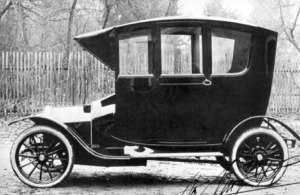 This is the third oldest surviving Bugatti engine known to exist. Now on its new stand in the Bugatti Trust.

This engine was donated by a generous benefactor and is in fully restored working order. Factory records show it was fitted to Chassis 402 in a car with saloon Berline coachwork. 4 cylinders 65x100mm, 1327cc. Single overhead camshaft. Found in St Petersburg in the late 1980s.

Chassis 402 was a long version of the Type 15(15A) with heavier rear springs. It is known that the car was invoiced for delivery on the 12th February 1912 to Bugatti’s St Petersburg Agency Batalin and Plotnikoff. This would strongly suggest the car was shown at the 1911 Berlin and possibly Paris Salon.

It is believed this car may have been acquired by Czar Nicholas II as it has been ascertained that he owned such a car.